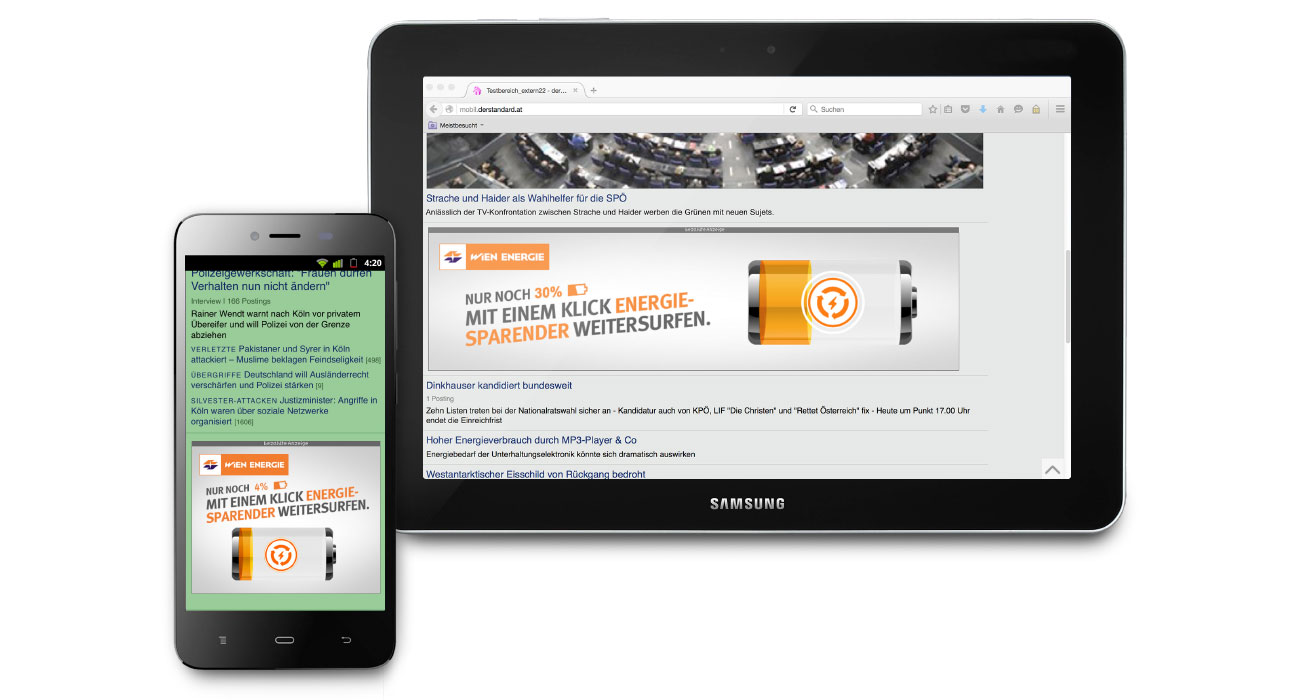 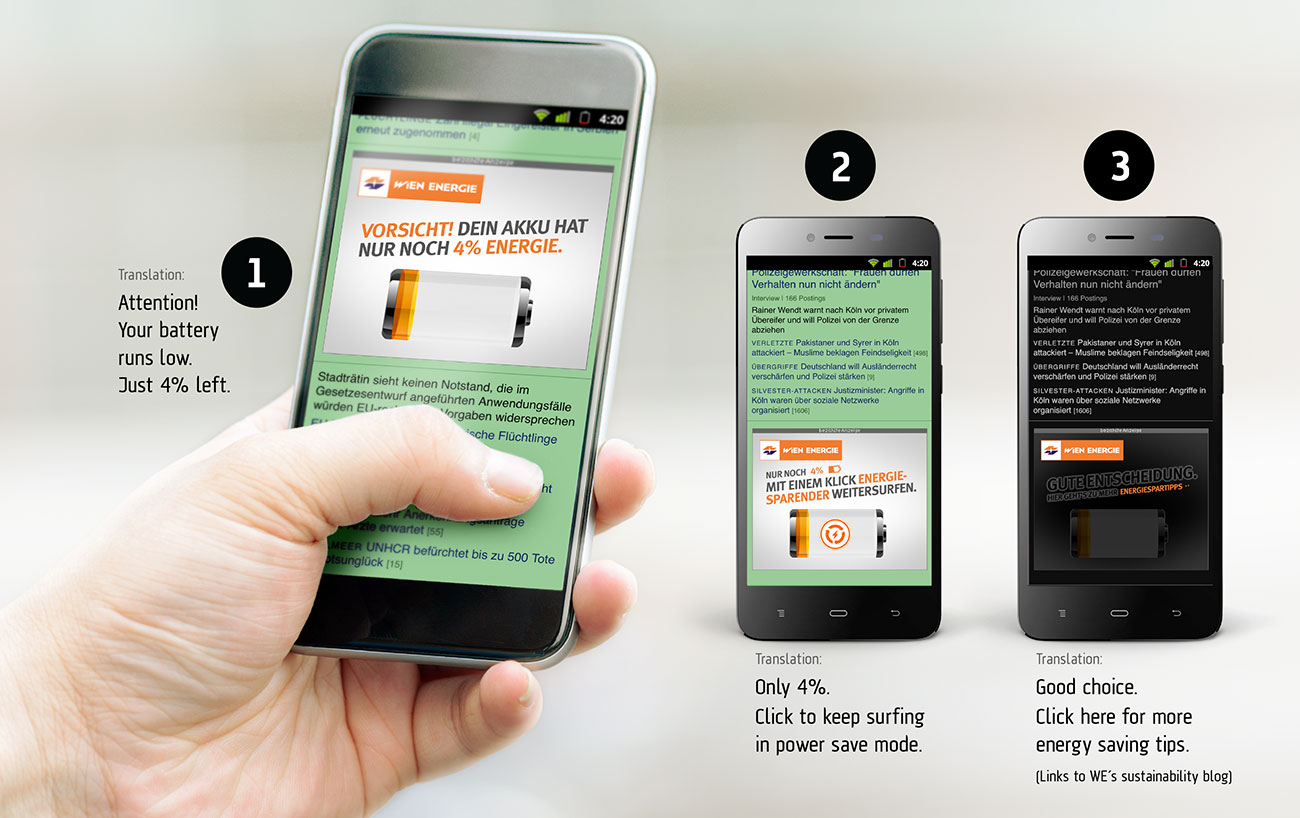 Wien Energie cares about their customers and their energy problems even when they are not at home: I developed a banner ad campaign, that helped the users’ to save energy on their mobile devices. Thanks to the latest HTML5 technology the banner ad detects low battery power and warns users when the charge drops below 50% on their mobile devices. With one click users can switch to a power-save version of the websites on which the banners were published (Austria’s three most popular mobile websites).

Awarded at the Webby Awards, ADC Germany, IAB WebAds and the CCA. Featured on Ads of the world.