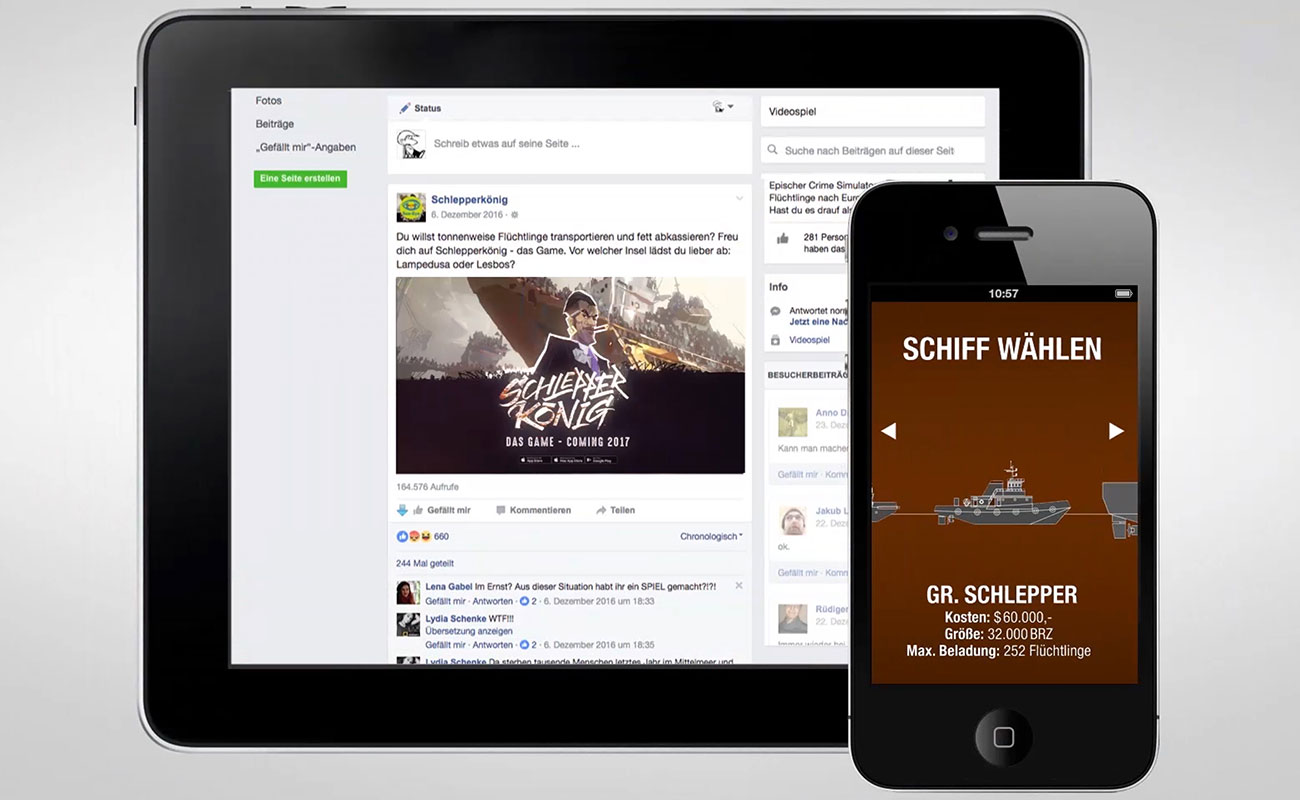 5.000 people have drowned in 2016 in the Mediterranean Sea while fleeing their countries. But this horror is not taken seriously anymore among young Europeans. We announced a game about the drama in the mediterranean sea and created more buzz with the game than the horrible reality of drowing people – which was the real scandal.

We promoted a game called “Schlepperkönig” (“King of human trafficking”) on Facebook. With a smart targeting strategy on (politically) different users we caused enormous outrage. Austria´s biggest media companies reported. When the attention reached its peak, we showed the real scandal: The fact, that a game causes more disgust than 5.000 drowned.

The campaign was a huge boost for Sea Eye to get a second ship with over 50.000 Interactions, 8.2 Mio. Reach and an increase of 1.100% of donations.
The incredible illustrations & animations were created by the wonderful Salon Alpin. Awarded at the CCA, IAB WebAds, Austrian Media Awards and the Digital Communication awards in Germany. Featured in Ads of the world.