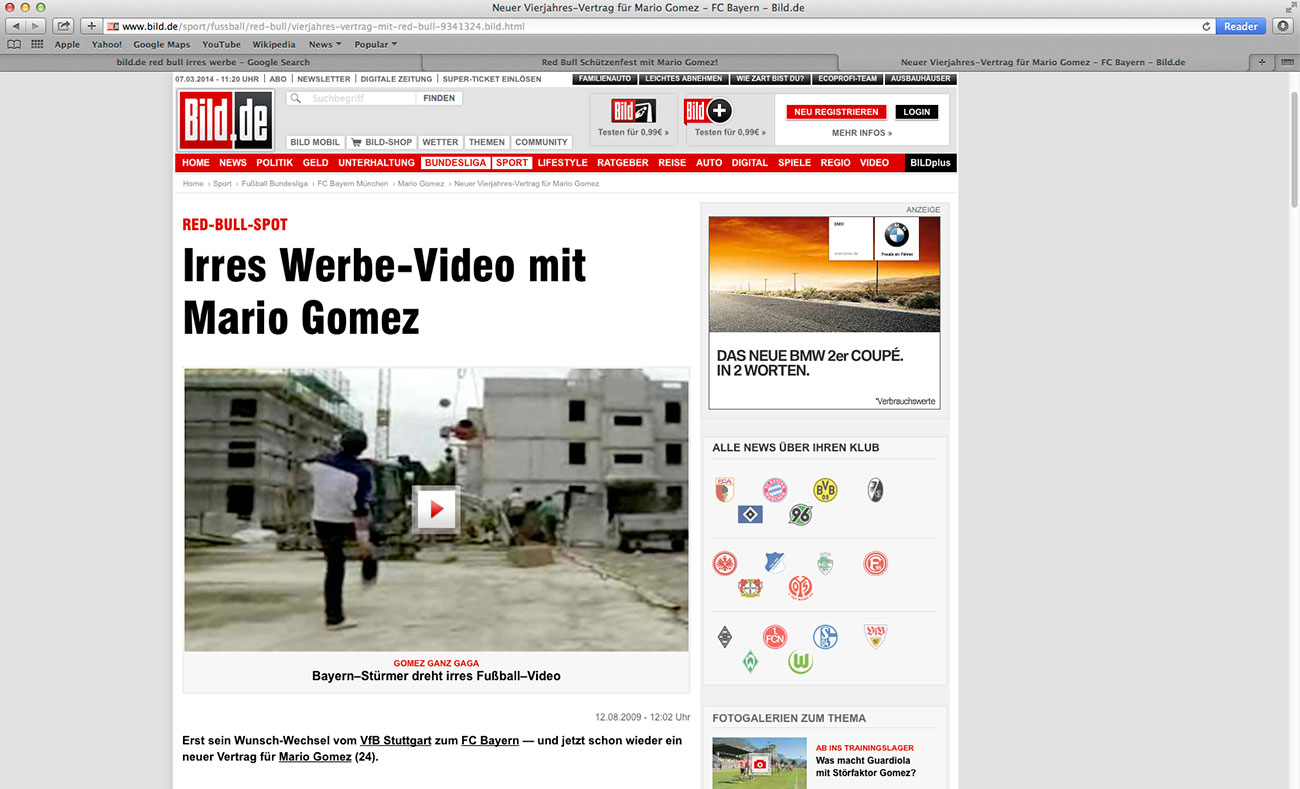 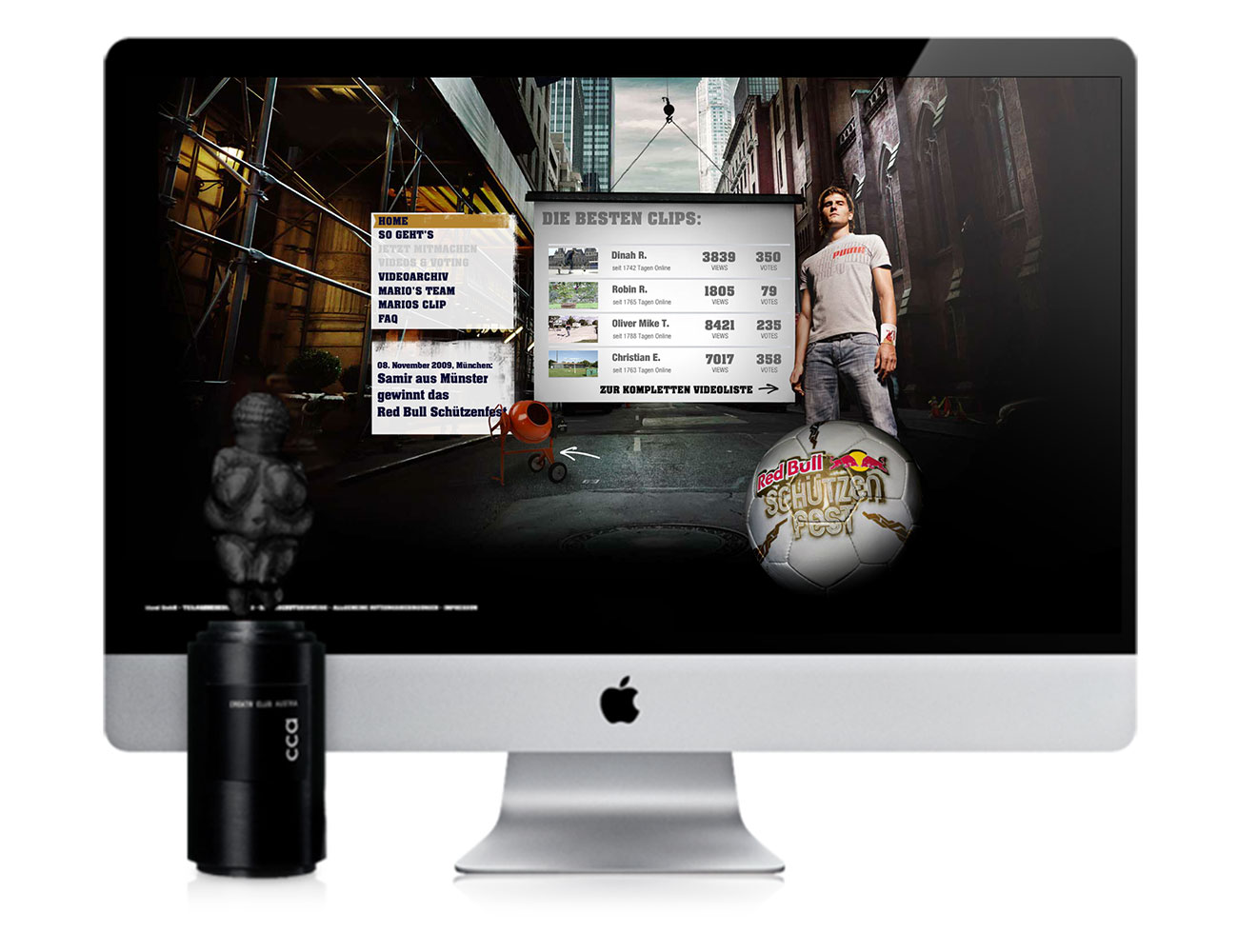 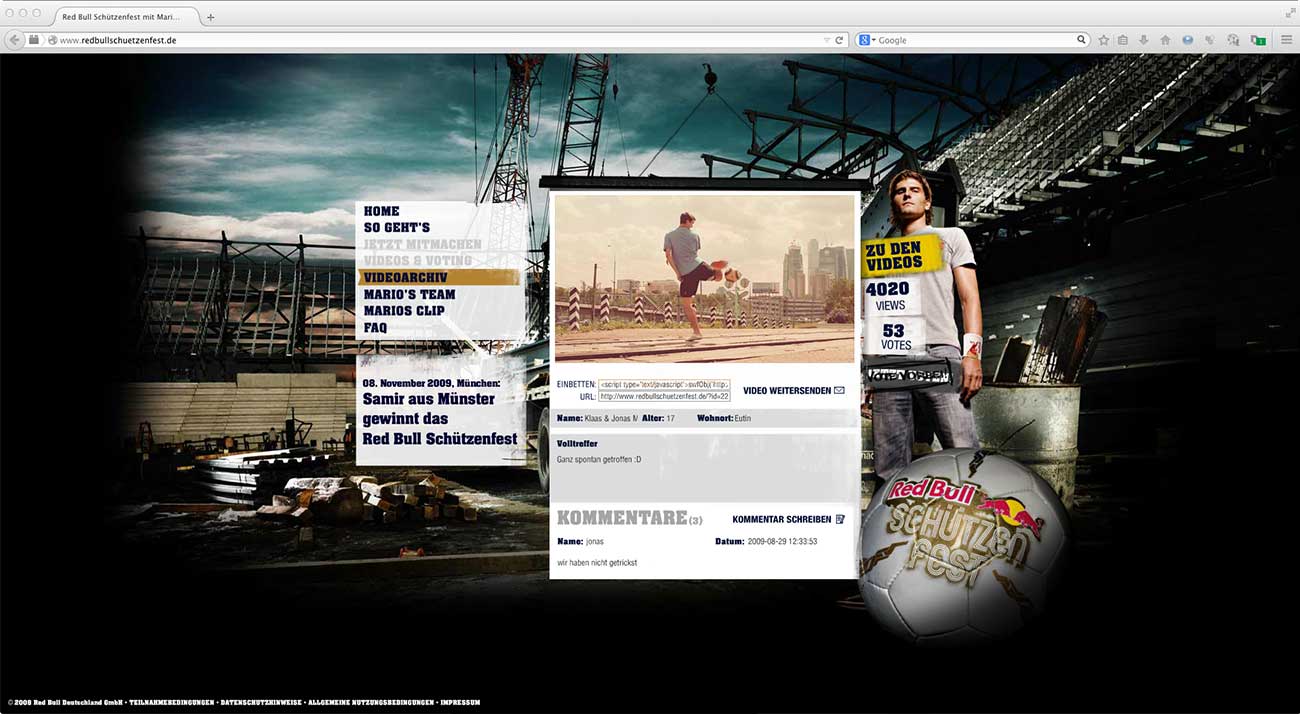 Leading up with a viral campaign, german football players were activated to upload their best trickshot videos on a website. A sophisticated voting system, social media embedding and funny comments on the videos by host Mario Gomez made this project one of the most successful web activities of Red Bull Germany in 2009/2010.
A big shout-out to Michael John from LOOP.
Awarded with a black venus as the best international campaign 2010 by the Creativ Club Austria.